Alternatives you may want to research:

Fed Up With Illness? Now You Can Overcome It With This Lifesaving Nutritional Program!

Cancer. Hepatitis. Migraines. Arthritis. Heart Disease. Emphysema. For years, the medical establishment has called these chronic or life-threatening diseases “incurable.” But now, The Gerson Therapy® offers hope for those seeking relief from hundreds of different diseases.

Juice Your Way To Wellness

One of the first alternative cancer therapies, The Gerson Therapy® has successfully treated thousands of patients for over 60 years. Now, in this authoritative new book, alternative medicine therapist Charlotte Gerson and medical journalist Morton Walker reveal the powerful healing effects of organic fruits and vegetables. Not only can juicing reverse th

e effects of many degenerative illnesses–it can save lives. The Gerson Therapy® shows you:

• How to beat cancer by changing your body chemistry

• How to conquer allergies, obesity, high blood pressure, AIDS, lupus,  and other diseases

• Which supplements will strengthen your immune system

This unique resource will help and inspire everyone who has ever said, “I want to get well. Just show me how.” The Gerson Therapy® offers a powerful, time-tested healing option that has worked for others–and can work for you.

“If you love your stricken one, this is your Bible.” said Denzel Koh of Brisbane, Australia after he healed his daughter’s cancer using the information in a previous edition of this book.

A cancer diagnosis always causes fear. All of us have seen relatives and friends destroyed by conventional cancer treatment. Now, thanks to books like this one and the Internet, you can quickly learn what you need to know. You can heal the cancer using natural, non-toxic substances that work. What you need is a guide to cut through the overwhelming jungle of information.

This book provides that guide. The information in it has been refined over eight years using feedback from real cancer survivors about what worked for them. The author has counseled hundreds of cancer patients by phone and e-mail in 58 countries. At least 1,500 of them have recovered using his information.

He is not a medical professional. He is a “reporter” furnishing you with information that consists of “what he would do if he were you or your loved one.” His coaching is available to you after you have read this book, if you need it.

Bill Henderson has published 105 free newsletters on natural cancer treatment to 8,000 subscribers all over the world, starting in 1999. The information in these newsletters has now been incorporated into this, his third book. The book is up-to-date, specific and accurate.

Bill informs you of over 140 web sites and dozens of other books and newsletters you can use to expand your knowledge of natural cancer treatment.

The self-treatments he recommends are harmless enough that you can start them immediately, without more research, if you like. They do not interfere with conventional cancer therapy, if that is your choice. In fact, they offset most of the side effects of that treatment.

“Cancer is not a disease,” says Bill. “It is a reaction to what your body has experienced. Reverse that cause and the cancer goes away. Continue what you did to reverse it and it stays away.”

Bill explains that there are four common characteristics of all cancers. These have been known since the 1920’s:

1. Low oxygen uptake by the cells.

Bill Henderson’s recommended regimen tracks with the knowledge for which Otto Warburg, a famous German doctor and researcher, won a Nobel Prize in 1931. He described the cancer cell and stressed the need to reverse the above four characteristics of the cancer in order to heal it.

Bill’s mission to help cancer patients heal started with his experience with his former wife, Marjorie. Her ovarian cancer was treated with conventional cancer treatment from 1990 to 1994, when she died. Bill is convinced that the treatment killed her. He wants to help as many people as possible avoid her fate.

Western medicine is no closer to finding a “cancer cure,” then it was 75 years ago.
Meanwhile cancer has grown into a worldwide epidemic of staggering proportions.

Despite the fact that there have been doctors, scientists and researchers who have discovered
apparently effective solutions against cancer, except none of them has ever been taken into
serious consideration by official medicine.

In fact, most of them were in fact rejected out-front, even though the cures were documented.
Anyone who dare bringing these cures to light are labeled as quacks, snake-oil salesmen,
ostracized by the medical community, jailed and ultimately forced to leave the country.

At the same time more than thousands of people die of cancer every day, without official
medicine being able to offer a true sense of hope to those affected by it.

Why? Because cancer is BIG business. The economics of cancer treatment are mind boggling.
Cancer treatment is nearing the $200 billion dollar make annually.

Yet the cancer industry spends virtually nothing on education to prevent cancer, such as
healthy eating, exercise and how to avoid toxins. Instead, the industry spends all its
resources on treating cancer, garnering for themselves huge windfall profits in the form
of ridiculously expensive cancer TREATMENTS-not to be confused with cancer CURES.

So how do you keep this cancer money train going? Bury the cures. This book focuses on
bringing to light some of the most popular alternative cures which are being attacked,
criticized and prevented from being available in the market by medical profiteers.

Make sure that if you or one of your loved ones should ever be diagnosed with cancer,
that you have access to all the facts before making your decision to pursue a cancer therapy

Here Is A Preview Of What You’ll Learn…

A troubled 15-year-old boy attempting to cope with the recent death of his mother sets out to research Dr. Max Gerson’s claims of a diet that can cure cancer as his first assignment for home-schooling in this documentary from filmmaker Steve Kroschel (Avalanche, Dying to Have Known). Garrett is a boy who has always been close to nature. He lives on a reserve with a menagerie of orphaned animals, and over the years he’s become especially sensitive to the nutritional needs of the diet-sensitive animals he’s charged with caring for. When Garrett’s mother suffers a tragic and untimely death, the boy falls into a dangerous downward spiral and nearly flunks out of school. Increasingly concerned for Garrett’s well-being and determined to strengthen their bond despite the many challenges on the horizon, his father makes the decision to begin home-schooling the distressed teen. Garrett’s first assignment: study a controversial book written by Dr. Max Gerson, a physician who claims to have discovered a diet that’s capable of curing cancer. Is Dr. Gerson’s therapy truly the legitimate, alternative cure it appears to be? In order to find out the truth behind this long-suppressed treatment, Garrett interviews not only Dr. Gerson’s family members, but various doctors, skeptics, and cancer patients as well. His studies completed and his findings revelatory, Garrett now sets out to tell the entire world about The Gerson Miracle.

What is Cannabis Cured Cancer? – DVD

Could the chemicals found in marijuana prevent and even heal several deadly cancers? Discover the truth about this ancient medicine as world-renowned scientists in the field of cannabinoid research illustrate their truly mind-blowing discoveries.  What if Cannabis Cured Cancer explains how we are all born with a form of marijuana already in our bodies, and when pot is consumed, the endocannabinoids inside us, along with any cannabinoids we ingest, fit together like a key in a lock. Thereby promoting the death of cancer cells without harming the body’s healthy cells. A powerful and eye-opening film about the future of cannabis, and perhaps even the future of medicine.  What If Cannabis Cured Cancer summarizes the remarkable research findings of recent years about the cancer-protective effects of novel compounds in marijuana and brings to light a host of recent findings that have potentially game-changing implications for the future of marijuana as a medicine. Narrated by Emmy-winning actor Peter Coyote.

Dying to Have Known

In Dying To Have Known, filmmaker Steve Kroschel went on a 52-day journey to find evidence to the effectiveness of the Gerson Therapy – a long-suppressed natural cancer cure.  His travels take him across both the Atlantic and the Pacific Oceans, from upstate New York to San Diego to Alaska, from Japan and Holland to Spain and Mexico.  In the end, he presents the testimonies of patients, scientists, surgeons and nutritionists who testify to the therapy’s efficacy in curing cancer and other degenerative diseases, and presents the hard scientific proof to back up their claims.  You will hear from a Japanese medical school professor who cured himself of liver cancer over 15 years ago, a lymphoma patient who was diagnosed as terminal over 50 years ago as well as noted critics of this world-renowned healing method who dismiss it out of hand as pure quackery.  So the question that remains is, Why is this powerful curative therapy still suppressed, more than 75 years after it was clearly proven to cure degenerative disease? The viewers are left to decide for themselves.

Created by the non-profit Foundation for Advancement in Cancer Therapy (FACT), Rethinking Cancer is an educational documentary film that provides a rare look into the psychological and therapeutic journeys of five men and women who used biological alternative cancer therapies to overcome serious illness. Their stories represent successes that mainstream medicine and the public ought to know about.

The Gerson Miracle examines many of the elements of the Gerson Therapy, explaining why we are so ill and how we have in our grasp the power to recover our health without expensive, toxic or mutilating treatments, using the restorative forces of our own immune systems.  Even the most advanced cases of cancer can be successfully reversed using this method. While the results seem miraculous, the real “miracle” lies within our own body and its healing processes.  In this documentary from filmmaker Steve Kroschel, noted MD Max Gerson reveals a nutritional healing treatment that he claims can restore the body’s ability to fight off cancer and numerous other degenerative diseases.  The testimonies of a few “incurable” cancer patients highlight why this long-term cure could be much more effective than many of Dr. Gerson’s critics may care to admit.

In the last 100 years dozens of doctors, scientists and researchers have come up with the most diverse, apparently effective solutions against cancer, but none of these was ever taken into serious consideration by official medicine. Most of them were in fact rejected out-front, even though healings were claimed in the thousands, their proposers often being labeled as charlatans, ostracized by the medical community and ultimately forced to leave the country. At the same time more than 20,000 people die of cancer every day, without official medicine being able to offer a true sense of hope to those affected by it. Why? 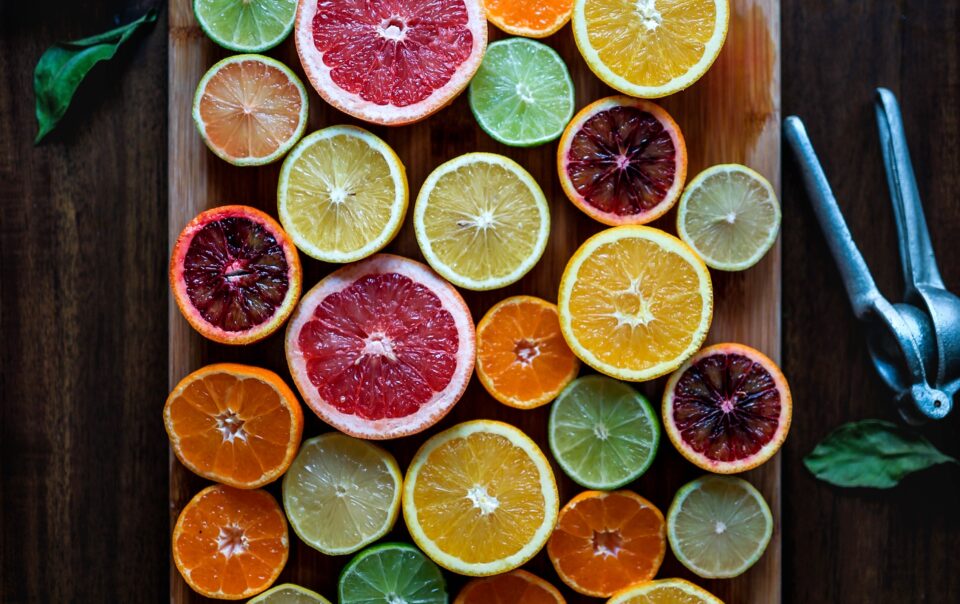 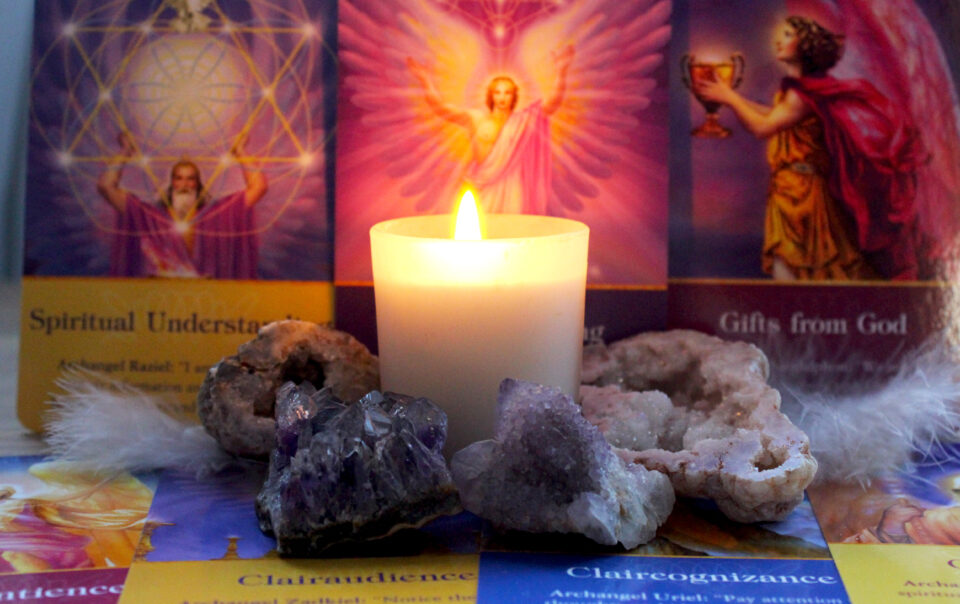 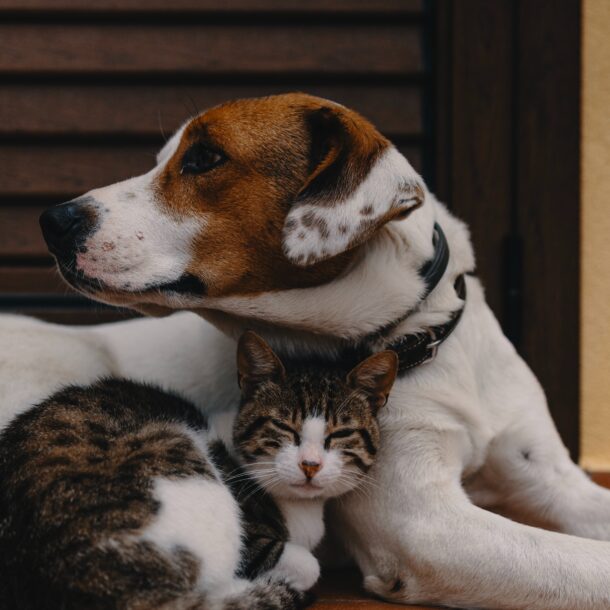 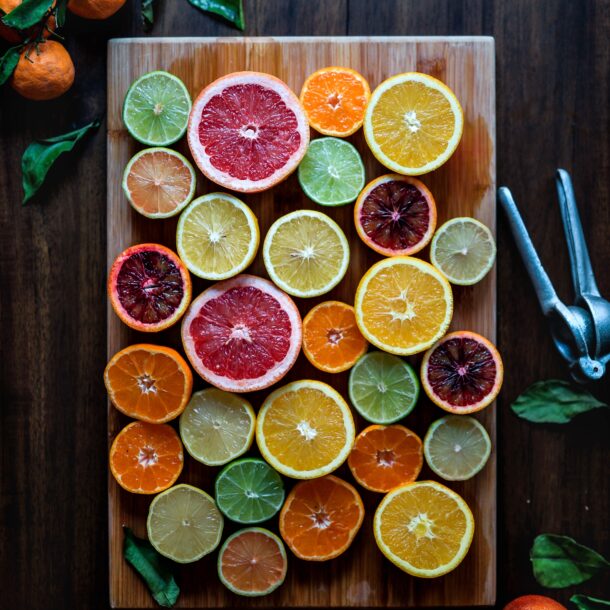 Are we friends on social media, yet? Use the buttons below to connect, then sign up for our Newsletter below.
Facebook-f
Instagram
Courses / workshops / meditations